Please check our website or Facebook page to see the format we will be using for our weekly worship service. Masks are required to be worn for indoor worship services and while inside the building.  Seating follows social distancing using every other row.  If the service format is “virtual only,” you can either watch the service on Facebook live or call into a Zoom audio live stream of the service.  Please call the office for Zoom dial-in information.

Brief History of Our Church

As the rumble of guns slowly faded after the Civil War, the soldiers returned home to Ravenswood.  More and more arrived from the east, seeking a new life.  As more Baptists came into the area, they decided to have their own church.

The Ravenswood Baptist Church was organized on November 10, 1866 with 15 members.  The church had to move several times in its formative years.  At first, the membership met in homes, then in the Ravenswood Academy, the Harpold Tannery, and later in the Opera House owned by Robert S. Brown.  The Sunday School, organized by Dr. S.M. Haworth had an average of 50 children each Sunday.

Finally, the congregation purchased a lot on Ann Street in 1875 for $200 from Henrietta Fitzhugh, daughter of Sarah Washington Fitzhugh, who was the sister of George Washington. The church was erected starting in the fall of 1875 and the dedication was held June 9, 1878.  The cost of the building was $3,000.  In 1954, the church changed its name to First Baptist Church of Ravenswood.

The Young People’s Society (now called Baptist Youth Fellowship) was organized and continues today with youth group meetings on Sunday and Wednesday evenings.  Regular preaching or Bible study is also held at the same time for the adults in the sanctuary.

Music plays a large role in our church with an adult choir, bell choir, and a youth praise band as part of the worship service.  At the present time, Abbi Woods is the choir director and pianist.  Ann Johnson is the organist, director of bell choir and director of youth ministry.  Former choir directors were:  James Porter, Mary Lou Ward, Virginia Starkey, Carmen Halley, Mary Jo Moore, and Jean Cunningham.

Miss Francis Crooks went from this church to work in the foreign mission field, sailing to Burma on October 29, 1906.  She served 21 years and is buried in Burma among the people she loved.  Others who have served on the foreign mission field from this church are Esther Crooks, Abbi Woods, Rob, Beth, R.L., and Andrew Ely, Ben and Jesse Mize, Talia Marteniz, and Elizabeth Stewart. 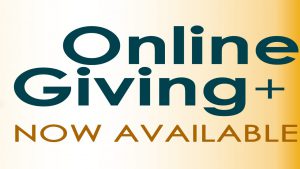 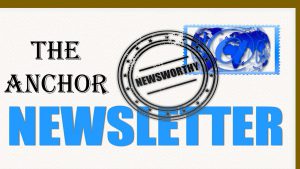